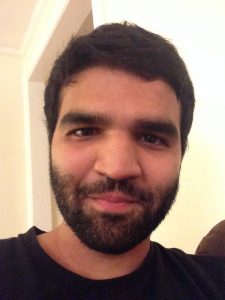 I am currently at Harvard Divinity School studying Islamic Studies. I have spent the last two years studying Classical Arabic texts, ranging from the 11th century to the 15th century, from texts on logic to theology to history. I am interested in continuing studying this period, but in conjunction with Chinese Muslim texts in later periods to see what influence Arabic language texts influenced Chinese Muslims understanding of Islam.

Majoring in Arabic was a decision that I made after taking some History and Comparative Literature courses, and I have to say that knowing the language when you study those other fields is essential to having a deeper understanding of the history, culture, and literature of any place. The Arabic I took at Williams allowed me to engage with Islamic Studies in a way that is not possible without understanding the language and grammar in an intimate way.

My advice would be to spend time abroad during the summer or study abroad to really get the chance to speak Arabic. I personally studied abroad in London at University College London’s School of Oriental and African Studies, because I wanted to study multiple languages and I couldn’t do that anywhere else.

Check out the various careers our alumni have pursued after Williams!
→ END_OF_DOCUMENT_TOKEN_TO_BE_REPLACED