I am currently a journalist and a graduate student in law and policy, based in New York. This summer, I am working in Turkey for an American law firm that works on the Syrian peace process. 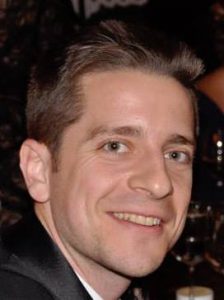 My studies focus on foreign policy, law, and technology, all of which are interests that developed while I was living in the Middle East. During college, I spent summers in Jordan and Lebanon and studied abroad in Syria. After graduation, I returned to Jordan as a Fulbright Researcher and later started working in Amman as an Arabic-English translator–a job I was underqualified for, but that I grew into. I also got my start as a reporter, publishing a few pieces in various daily newspapers. In 2013, Al Jazeera America launched and hired me to report on foreign policy and the Middle East, so I moved back to New York. In short, majoring in Arabic led me down this path, not only because my language ability was marketable but because it introduced me to the policy issues I want to spend my career working on.

I don’t really remember what piqued my interest in taking Arabic at Williams, to be honest. I loved learning French in high school and wanted to try a more difficult language that might be useful to me in the future. I also had vague ideas about being a foreign correspondent but didn’t really know how to pursue that. But my interest in the Middle East grew out of my Arabic studies, not the other way around.

My Arabic classes were among my favorite at Williams, and I enjoyed being part of the Arabic Studies community. But my favorite Arabic experience was probably the semester I spent studying abroad in Damascus, Syria in 2010. Most schools are less flexible than Williams in accommodating unorthodox study abroad programs, so I am really grateful that I was able to go.

If I were to come up with a bucket list for current students, I would say study abroad, ideally for a whole year, and take advantage of your summers. You have relatively few opportunities in life to live abroad carefree, and the perspective you gain is invaluable later on. More importantly, time abroad is absolutely essential to gaining proficiency in Arabic.

Check out the various careers our alumni have pursued after Williams!
→ END_OF_DOCUMENT_TOKEN_TO_BE_REPLACED